Travelogue: what to do in one day in Ushuaia

What to do in a day in Ushuaia: The day was gorgeous. Despite being in the middle of winter, the sky was clear, allowing the sun to unveil all the colors of the city. For it is not as you might think: winter season also offers many activities for visitors to the southernmost city.

On the way to the park, we enjoyed the views of the Beagle Channel on one side and the mountains on the other. Ushuaia is the only trans-Andean city in Argentina. That is, the only city that by nature’s whim is located on the other side of the mountain range. 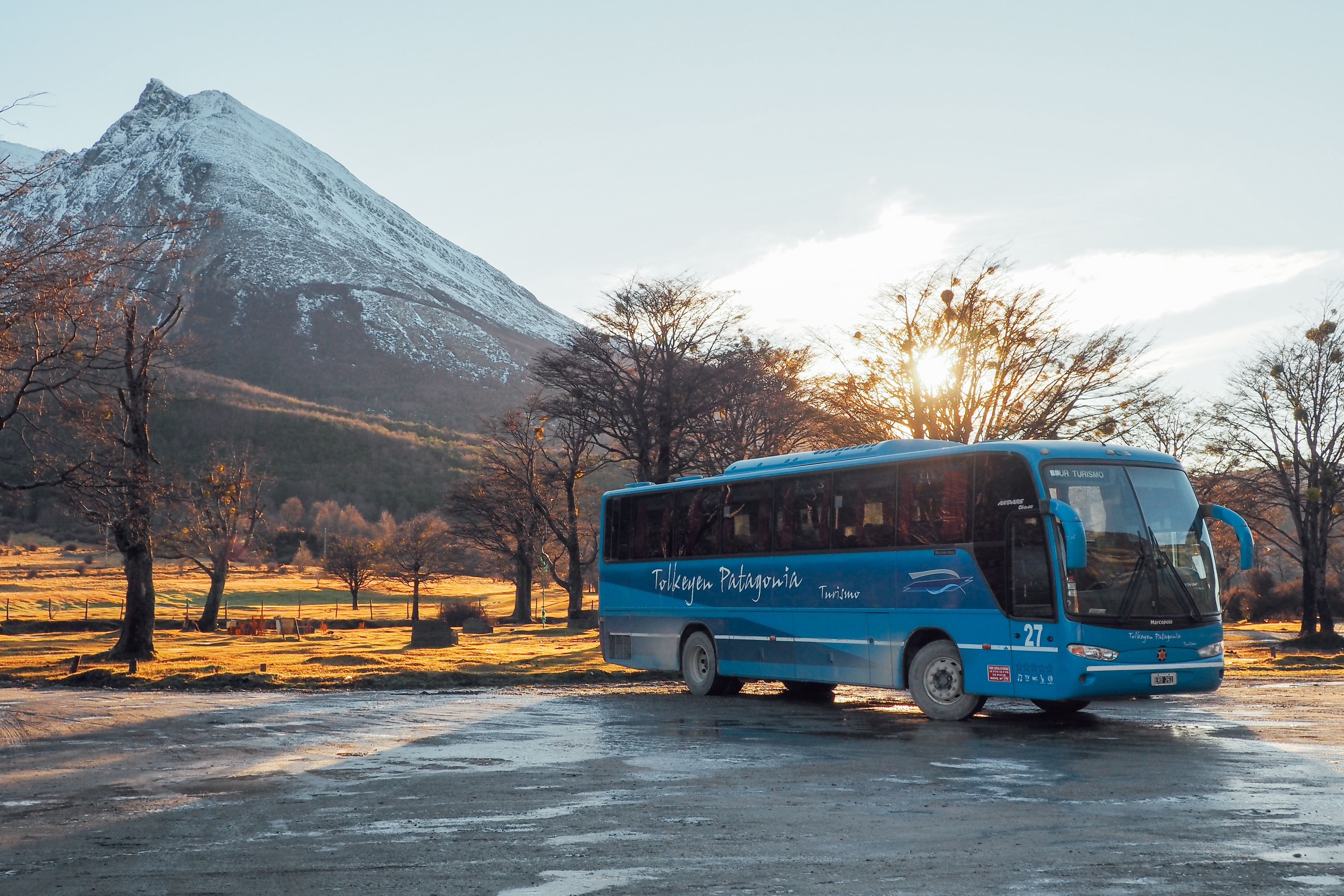 The itinerary began with a tour of the Tierra del Fuego National Park, one of the few parks that has a seacoast and combines mountains and forests in its territory. One of those landscapes that remain forever in the memory of those who visit them.

The first stop in the park was the binational Acigami Lake, formerly called Roca. In 2008, it recovered its name in the Yámana language, original people of the island and means “basket or elongated bag”.

From here, and during the summer, you can do the Hito XXIV Trail, crossing the forest of Lengas and Ñires in a place that is more than appropriate for watching native birds.

The landscape surrounding the lake looks like something out of a fairy tale. On both sides, there are mountains with snow-capped peaks and the Fuegian forest. The recommendation is to stand in front of the lake and close your eyes to listen to the sound of the water and connect with nature.

And to perpetuate the moment, there is nothing better than taking a picture that will remind us of it forever.

At the next stop, we visited the Alakush visitor center, a place that offers food and drinks, where those who had not yet done so had lunch. Here, it is possible to learn a little more about the history of Tierra del Fuego through exhibits that tell its history and that of its first inhabitants.

Time on our side allowed us to make an extra stop: we got to know a beaver plantation up close. These are the product of the work of this species, which has not been very popular for several years due to the damage it has caused to the Fuegian forests.

The beavers were brought in to promote a fur industry that did not prosper. In the absence of a natural predator, they became a threat to the ecological balance of the place over the years . This is a problem that we are still working on. 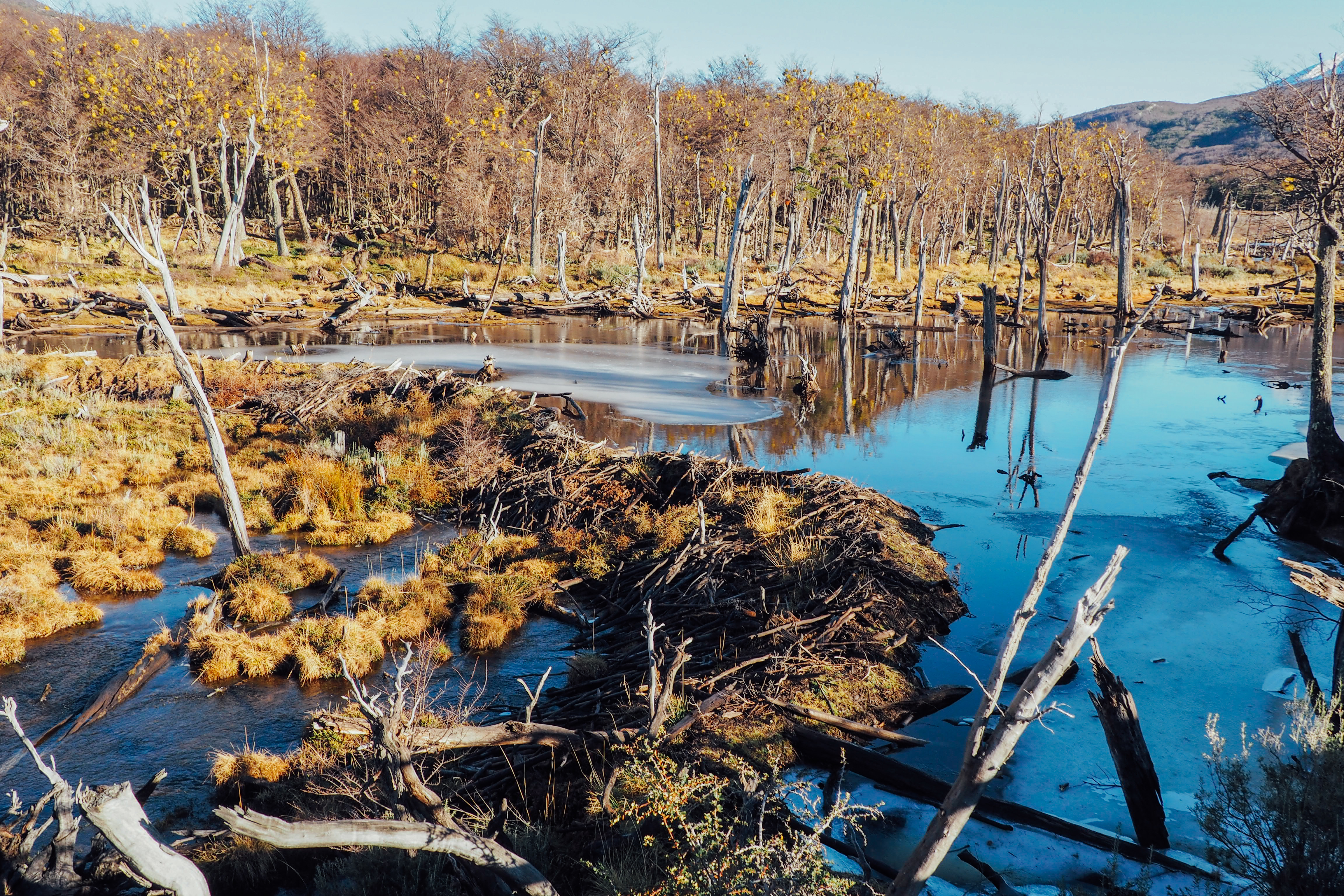 Before returning, we still had to visit LaPataia Bay. It is located at the end of National Route 3, part of the road system called “Pan-American Route”. For some, The End of the World; for others, the beginning of everything.

Back in the city, the transfer left us at the door of the shop located at the port. There, we showed the voucher to pick up the tickets for the Beagle Channel navigation.

At three o’clock in the afternoon, we were ready to continue exploring the natural wonders of Ushuaia with Tolkeyen on board the catamaran with which we sailed the Beagle Channel.

Prior to boarding, you must pay the mandatory port fee which has a value of $20 (twenty Argentinean pesos as of 08/2017).

It is a must-do tour all year round and an opportunity to get to know the local fauna and the mythical Les Éclaireurs Lighthouse (the illuminators, in French). An ideal plan for what to do in a day in Ushuaia

On board the catamaran, we could choose to travel outside, in spite of the cold wind, or in the heated interior, enjoying a coffee while listening to the tour guide tell us about every detail we were experiencing. 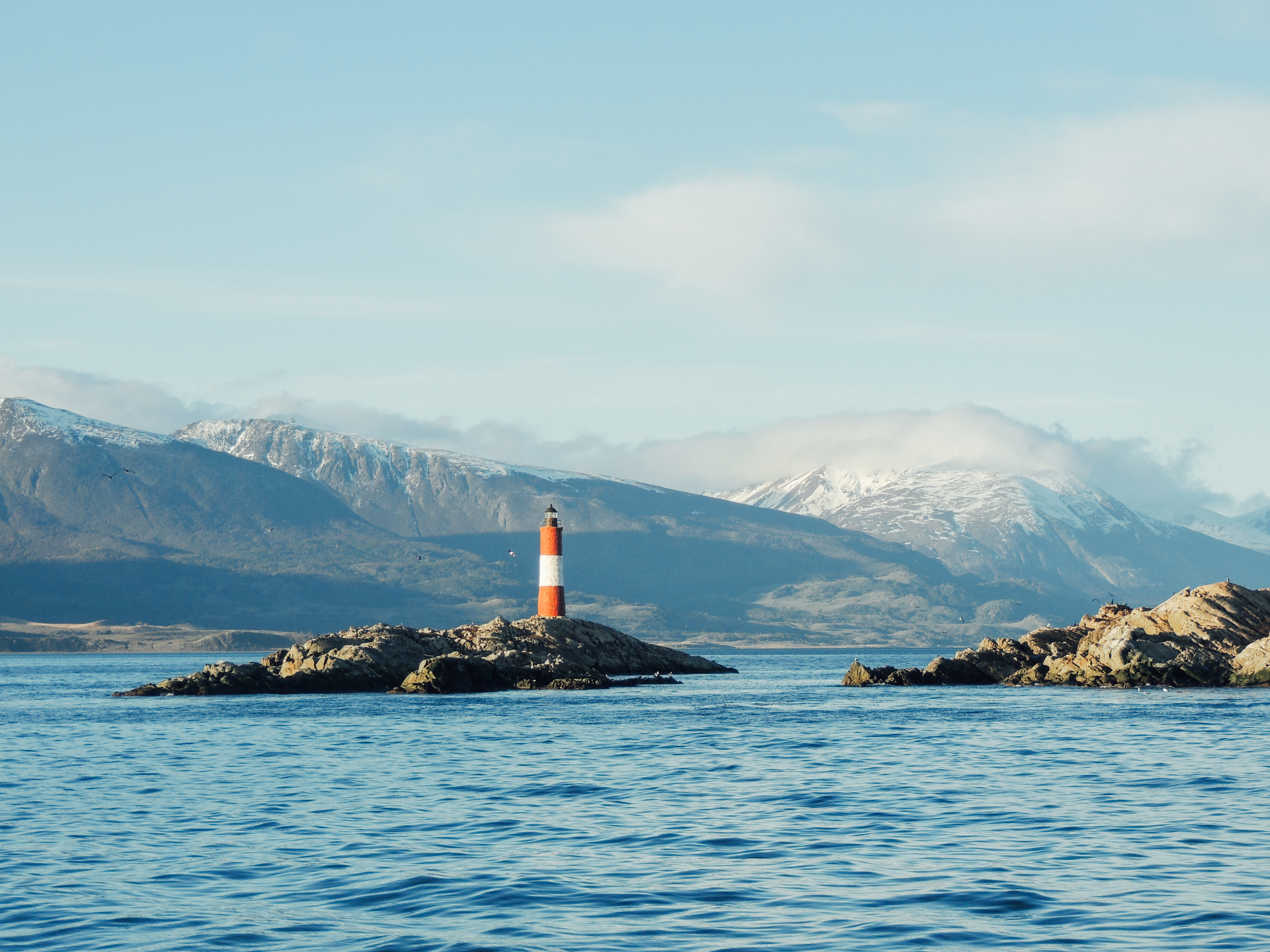 The ship advanced island by island. We stopped at those chosen by the sea lions as their natural habitat. At times, we got so close that we could smell them and observe their gestures. We even heard them complaining about some birds that bothered them and we smiled when we saw the smallest ones playing around.

Among the islands we visited is Los Pajaros Island. There, you can see more than 20 species of seabirds. The ones that stand out are the Magellanic cormorants and the imperial cormorants.

But observing the animals up close is not the only thing that thrilled us. Throughout the tour, we had snow-capped mountains with forests of flag trees in the background. They are so called because of the shape they take due to the action of the strong winds.

The day gave us a visual spectacle to enjoy Ushuaia in a clear sky and take postcards in our memory. Both the Tierra del Fuego National Park and the Beagle Channel Navigation are two must-see tours for anyone visiting the southernmost city in the world. I hope we have given you an idea of what to do in one day in Ushuaia.